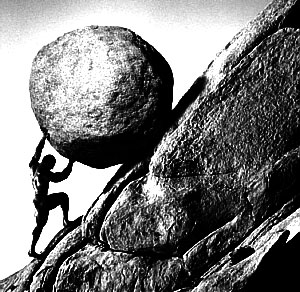 “Mythology is the movement of stories and images across time and space, carrying our souls with it.”-Phil Cousineau
Have you ever felt as if you’ve pissed off a god? Ever gone on a quest or ventured into another dimension? Are you, or do you know a trickster, a hero or a creator? Have you ever felt divine inspiration? If so, you’ve touched the realm of the Mythic.

Ana Gaskin recently moved here from Baltimore, has lived in Iowa, raised in California and was born in Mexico. Ana has tons of stories to tell, and loves to talk, so be careful getting her started. She’s currently working on writing her stories, preferably into a book that you may even enjoy some day. Ana has read several of her stories out loud for events and has also performed monologues. By day she removes her cape and tiara and puts on her glasses so no one recognizes her. Then, she just pretends to be an HR expert.

Mel Blumenthal is on the executive board of FST! Female Storytellers and is launching pilot programs to bring storytelling into the public school system to empower the next generation of tellers of tales. She is a retired professional ballroom dancer who still enjoys a good milonga and loves to salsa and bachata until unreasonable hours of the evening. She is the Vice President of the Advocacy Council for the Department of Gender and Women’s Studies at the University of Arizona. The other cape she wears during the day is as a retirement consultant and community finance educator specializing in financial education and financial planning for women. Likes: Boozy cereal and bathrobes. Dislikes: Right wing politics and skinny jeans.

Escaping Waco, Texas in the early ‘90s, to the cornfields of northwest Iowa, followed by a fundamentalist religious community in Pennsylvania, Lynette Miller found herself wandering from French bistros to Egyptian mosques, eventually landing under a palm tree on a remote island in West Africa. After years abroad, she headed west to settle in Arizona. Lynette continues to relish in adventure, and one of her greatest adventures took place much closer to home, beginning right here in Tucson.

Miles Schneiderman is a freelance…everything, basically. Having never fully understood the concepts of “getting a job” or “finding a career,” he is happy to accept money from anyone willing to pay him to do the things he does best. As it happens, those things are primarily writing, podcasting, and all the things that come alongside writing and podcasting, like editing, fact-checking, proofreading, and audio production. He has been published in multiple places, including Yes! Magazine (which is impressive because it’s a well-respected journal of social and political solutions) and the science fiction blog Universes of the Mind (which is less impressive because it’s just a blog that he started one time). He is the host and producer of the Odyssey Storytelling Podcast, co-host and producer of the Smash Fiction Podcast, and co-host of the Unspoiled! Game of Thrones and Unspoiled! Dark Tower podcasts.

Bella Vivante’s mythic life journey includes travels by ships, planes, trains, automobiles, feet and thumbs across U.S., Europe and parts of the Middle East. She has worked as a store gift wrapper, house painter, secretary, waitress and professor of Classics—that’s Laughing and Grief (Lewis Carroll)—for 3 decades—she can’t believe it either. She now works creatively as an actor, writer, dancer, leader of trips to Greece, teacher of lifelong learners, storyteller and stand-up comic. She welcomes you to join her on this mythic magic carpet ride.

Addison Beaux is a writer and storyteller. Hilarious and heartfelt, his stories have gone viral on social media with thousands of shares and millions of views. Addison is very forthcoming about the transgender aspect of his identity. Many of his stories celebrate the awkward glory of his transformations, his relationships with family, and his experiences navigating the world aka getting through airport body scanners and being banned from things. Before becoming a full-time writer and founding his consulting company, Beaux & Arrow, Addison served as a congressional liaison and speechwriter in a variety of settings including for Congresswoman Gabrielle Giffords, the Consumer Financial Protection Bureau, and Stanford University. Addison has been featured by media outlets such as BuzzFeed, Vox, A+, and Upworthy. He has performed in a variety of venues including historic theaters, university commencements, conferences, Fortune 500 company gatherings, and weddings. Beaux is from the French for the plural of beautiful. Addison’s blog is www.thepluralofbeautiful.com.

Mo Goldman was a mythical creature that was born into this world on October 9, 1974 at St. Joseph’s Hospital in Tucson, Arizona. 17 years later, Mo became the school mascot by popular vote at Green Fields (the “Griffins”). That was the peak of Mo’s mythical existence. He eventually migrated to the east coast and became a mere mortal amongst the millions living in the New York metropolitan area. In 2005, Mo moved back to Tucson and dedicated his life to his family, the immigrant community and his fantasy sports teams.

Curator: Steven Braun – A recent graduate of the U of A School of Government and Public Policy with a Masters of Public Administration, Steven works as a 911 Communications Specialist Supervisor for fire and EMS. On his return to school after 30 years, Steven found that most classes required some sort presentation and that he suffered from an extreme fear of public speaking. His solution: standing alone on a stage under a single light, microphone in hand, telling embarrassing stories about himself. Not only did it work for school presentations, Steven found himself hooked on written and oral storytelling, and now volunteers with Odyssey, fumbling his way through website administration. Prior to his career in public safety, Steven worked as a chef for 26 years in New York and Tucson, where he was a partner at the legendary, but sadly defunct, Boccata Bistro Caffe. Steven has been married to Phyllis for 32 years and they have one child, Jax. To date, Steven’s published works include two recipes in an out of print cookbook, but he’s hoping to change that in the future. Stay tuned for more…