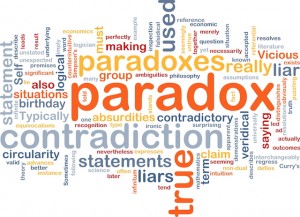 We are all a mass of contradictions. Conflicts and clashes. Polar opposites. Paradoxes.  Eloquent performers that stutter in social situations. Atheists that pray. Family values crusaders that cheat on their wives.  A Democrat who loves a Republican. Are you a contradiction in terms? Do your inconsistencies define you?   Come enjoy all things illogical and contrarian.

Storytellers:
Sean Coleman
I was born with IHSS, a congenital heart disease that claimed the life of my brother. I spent most of my life in a sort of bubble, and after going through more in 20 years than most people go through in their lives, it’s giving me a different perspective on the value of life and the time we have here on the planet.

Kadon Izaac Sellers
I was born and raised in Nebraska in the 90s by a policeman and a real estate agent. Two days after my 19th birthday, I followed my grandfathers’ footsteps and went to basic military training. I’ve been stationed in Italy, Wyoming, Texas, and Arizona. My first career in the military was security forces, where I accomplished one of my greatest achievements and made it onto a specialized tactical team. I am now an intelligence analyst transferring from active duty into the reserves.

Alex Ruiz
My name is Rafael Alejandro but everyone calls me Alex. Living in downtown Tucson, I enjoy a little of the night life and checking out the local talent. I have played in a number of bands and I look forward to some new shows with my new one. I support the local art scene and believe that everyone has a great story. I also think that art comes from within, you just have to go out and look for it.

Evan Casler
Evan Casler is a native Tucsonan and an English teacher. His hobbies are reading, martial arts, and meditation. He is active at his local Zen center, and often works concert security for punk and metal shows. He feels privileged to be part of the Odyssey Storytelling program.

Jovahn Walid Thomas
Jovahn Thomas was born and raised in San Diego, California. His family came to the United States from Baghdad, Iraq 35 years ago. He speaks fluent Neo-Aramaic, which is the endangered language historically spoken by Jesus Christ during his time, over 2,000 years ago. He is about to graduate from the University of Arizona with a major in philosophy (aka, unemployment), just kidding! He’s a distance runner, martial artist, tea lover, and foodie that likes to try new things! His sole mission in life is to meet as many canines as humanly possible.