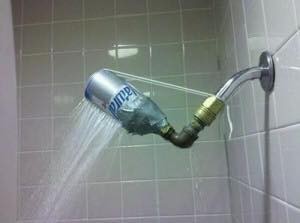 Taking matters into your own hands.  Not leaving it to the experts and regretting/feeling content with that decision.  Self realization.  Self esteem.  Self pleasure!  How do you do it yourself?

Penelope Starr is a writer, artist, founder and producer of Odyssey Storytelling, workshop presenter, restorer of Navajo rugs, LGBT advocate and citizen folklorist. Most of her accomplishments have been learned on the job. Her book, Voices Uncensored: The Radical Act of Community Storytelling will be out in 2016. You can find her atwww.Penelopestarr.com.

Doug Stevenson is a former actor who spent 13 years in Hollywood seeking fame and fortune. He found neither, but he did learn a lot about storytelling while acting in plays and studying acting. For the last 20 years Doug has been a professional speaker, trainer and speakers coach with his company Story Theater International. He is the creator of the Story Theater Method, which is the science of the art of storytelling and humor for business presentations. His clients include Microsoft, Google, Caterpillar, US Bank, Wells Fargo, Bristol Myers Squibb and a small plumbing company in Minneapolis.

Kate Long Hodges grew up on an apple farm in Vermont, then moved to Tucson in 2003 and received her Masters of Fine Arts in Sculptire from the U of A in 2006.  She currently co-directs The Land With No Name, Sanctuary For Homeless Sculpture, with sculptor Ted Wade Springer. This is a 25 acre habitat for outdoor sculpture (international and local artists’ work) and a retreat space for artists to come make their art, and for community members to come and simply be. It is s high desert grassland located 35 miles southwest of Tucson in the Sierrita mountains.  The Land With No Name is a real DIY kind of place. www.thelandwithnoname.net.

Jim Walmann retired in 2009 from the Bay Area corporate world.  He now splits his time between Cochise county’s oasis-in-the-desert living and Tucson’s university town life style. Jim just started working on his second project car, a 1971 Citroen ID station wagon.  It should keep him busy for some time. Jim is a major Cheesehead and hopes the Green Bay Packers keep winning all the way to Super Bowl 50 (L for the purists.)

Like the princess in Rumplestiltskin, Lisa Grenier thinks it just might be possible to spin straw into gold. She is fascinated with understanding how products are made and with the possibility of re-purposing unwanted objects into fabulous new things. She has made everything from pickles to shoes. Her friends refer to her as a “Granola Martha Stewart.” When she is not practicing her particular form of alchemy, Lisa works at Pima Community College Adult Education.

Troy E. Larkin is a lawyer by day and silly-heart by night.  He loves writing, movies, television, and singing poorly to the radio.  Before losing a dare requiring him to move to Tucson, he worked at the Screen Actors Guild in Hollywood and spent his days lollygagging about on beaches in Southern California.

Frank Powers is a cartoonist who is as animated as the characters he draws. A writer, artist, and party host, he is a native New Yawker who says he loves Tucson so much that he moved here TWICE. As 2016 begins, Powers has eyes on making an impact on the downtown Tucson community through a line of self-published community created comic books out of a new downtown endeavor called Constant Con (117 n 6th ave) this is in addition to his main comic title starring his cartoon character Pissed OFF Panda, with Tucson being the “Springfield” of Pissed OFF Panda’s universe. Powers hosts a local podcast called After Hours with FRANK!Powers. He is the Announcer for the Renegade Roller Derby, created the icon of Hotel Congress: KING CONGRESS and is a pretty swell dancer too. More info at pissedoffpanda.com, Facebook.com/ConstantConHQ and #TootTootTucson

Roscoe Mutz is a writer, movie buff, karaoke junkie, and purveyor of puns, sarcasm, and juvenile humor.  He is also a business and employment lawyer at Farhang & Medcoff in Tucson.  Before moving to Tucson in November of 2011, he co-founded a storytelling event in Boston called Truth Be Told! Storytelling.