Forgiveness is everywhere on Facebook. Forgiveness needs no words, only an open heart,” says one meme. Another meme that’s pink with a butterfly in the corner says, “When you forgive, you release a painful burden.” And then there is the response to this meme, made by some forgiveness denier–it’s also pink but it’s got a moth in the corner, and it says, “When you hold a grudge, you devote yourself to a higher cause–making that a**hole pay.”

Forgiveness/Grudges will explore this ambivalence in our responses to the trespasses against us. Come listen to stories that honor the beauty of forgiveness. And stories that celebrate the staying power of the long-held, stubborn grudge. Stories that probe the subtle differences between forgiveness and straight-up denial. And stories that tell us what rituals, actions, and words can be used to finally “let it go,” and “get over it,” for once and for all…or at least for right now. 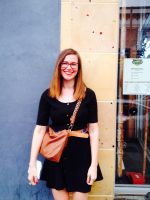 Kindall Gray is a Tucson native and teaches English at the University of Arizona.  In her spare time, she plays with her two year old and husband, and writes fiction and poetry.  Her stories have appeared in One Story and CutBank.  This is her first time telling a story. 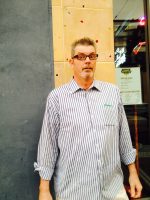 Robert Ronquillo is a single 50-year-old man fresh from a successful colonoscopy who broke his heel bone seeking the title of village idiot. He has lived in Tucson since 1995, holding jobs ranging from cabdriver to case manager to marketing and sales which he currently does for a roofing company. His burning desires include being a strip club DJ, telling a good joke at the world famous Improv and tour guide at a petting zoo. His motto is do the next right thing or do the next thing right. His bucket list includes visiting all cities with a zip code ending in 66 and finding out what goes into a Nathans hot dog. 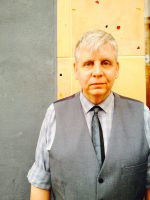 Dan Hoen Hull is a writer, storyteller, producer, teacher, and Zen monk. He is a co-founder of The Storyline Collective, TheStoryline.org, which has been key in the development of the downtown Phoenix storytelling scene. He produces three local storytelling shows, Yarnball, The Storyline and Then It Got…WEIRD and has sold out two consecutive years of his solo performances of Bad Buddhist. Phoenix New Times has named him “Best Storyteller MC” and he was included in their list of “Top Ten Creatives in Phoenix.” Hull was also the recipient of the 2014 Phoenix Mayor’s Arts Award in Creative Writing. 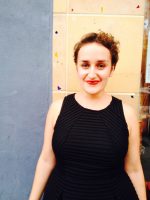 Anna Darian is a storyteller in Phoenix. But don’t hold that against her cause she is also a proud Tucsonan and a 3-generation Wildcat! Anna discovered the world of storytelling last year when she stopped by an open mic night and got hooked instantly. Since then, she has taken the stage several times, including one unforgettable night at the Erotic Poetry & Music Festival (what?!?). She’s also shared stories at Moth Story Slams, including a recent win at the New York slam. When she isn’t airing her dirty laundry on stage, Anna loves to dance, travel, go to concerts, and chill with her family in Tucson. To pay the bills, she has a day job supporting community development projects in Phoenix, which she loves equally. For Anna, story is a way of life. She is as nosy as she is an over-sharer. She lives for the euphoria of uncensored honesty, and truly thinks that world peace could be achieved through story. Ok, maybe the last one was a stretch, but seriously, this is a revolution people, get excited!! 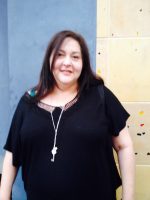 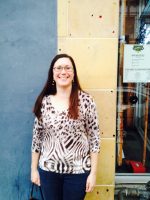 Melanie Madden is an essayist and poet from Barstow, California who is an academic advisor by day and a storyteller by night. She currently serves as the chair of the storytelling committee for, and regularly performs with, FST! Female StoryTellers. 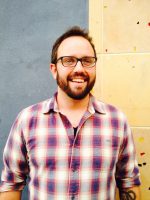 Roscoe Mutz is a juvenile trapped in an adult body, with a dark sense of humor, appreciation for sarcasm, and (despite having no children) an affinity for dad jokes.  He practices employment law and commercial litigation at the law firm Farhang & Medcoff, where he vacillates between calm, measured counselor and antagonistic, shouting legal zealot (mostly at other lawyers).  Roscoe is a producer for Odyssey Storytelling and spends much of his free time destroying his body through mountain biking (one over-the-handlebars wreck at a time).  Contrary to popular belief, Roscoe was not named after the sheriff on the Dukes of Hazzard, but he did have a pet basset hound for many years.  While not a stranger to the Odyssey stage, he is debuting his very own “dad joke” that he made up:  What do you call a dinosaur that wakes up super early?  A Buttcrackadon.

Curator Molly McCloy
A three-time NYC Moth Slam winner with work published in Slate, Nerve, and Swink, Molly McCloy is a nonfiction writer and performer based in Tucson, Arizona. She holds an M.F.A. in Nonfiction from The New School where her mentors were Phillip Lopate, Vivian Gornick, and Jonathan Ames, and she is a Lambda Literary fellow. Most recently, on a sabbatical from Pima Community College, Molly wrote the one-woman show Mad Dog Grudges and performed it at Dixon Place in New York City, Bentley’s in Tucson, and Trunk Space in Phoenix. She also performed stories for Bawdy and RADAR in San Francisco, and for an audience of 650 at the Arizona Biltmore as part of the Arizona Storytellers Project. Her stories have been broadcast on KJZZ in Phoenix and KUAZ and KXCI in Tucson. Molly has recently finished the first draft of her memoir based on Mad Dog Grudges and hopes to publish it and perform the show at fringe festivals around the country and in Canada. She is developing the curriculum for a storytelling class which she hopes to teach at Pima Community College.