Curated by Molly McCloy –
Thursday, December 1, 2016 —
Doors at 6:30, show at 7 —
The Screening Room 127 E. Congress St —
$8 Adults, $6 Students
The tightrope. The ambush. The dead end and the last-ditch cliff dive. Everyday life is fraught with the emotional versions of these action-movie tropes. Come hear true stories spring-loaded with pressure, panic, and desperation. And discover how our storytellers emerged unscathed, or, at the very least, got out alive. 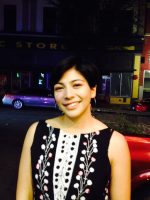 Cara Smith is a Communication major at the University of Arizona.  A serial transfer student, Cara has been to 8 different colleges in the course of 5 years.  She enjoys casual video games, embroidery, and the everlasting pursuit of something better. 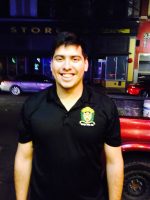 Sergio Calderon is a Tucson native who is currently attending the University of Arizona. In May, he will be graduating with a bachelor’s degree in Journalism. While it all looks like roses and butterflies, Calderon grew up the youngest of five in a tough Amphitheater neighborhood. Upon graduating high school, he had no options other than to join the Marine Corps in 2006. As a reservist in Tucson he was first deployed to Djibouti, Africa in 2008. At the age of 21 he felt like he needed to gain a degree and change the world once more and by 2010 Calderon had enrolled at Pima Community College. After two semesters, he dropped out of college with nowhere to turn leading him to his second deployment to Afghanistan in 2012. Seven near death experiences in combat and one epiphany later he decided to return to college eventually being accepted to the University of Arizona in 2014. While at the university he has become the President of Omega Delta Phi Fraternity where he commits over 80 hours of community service a semester to helping young Hispanic children strive for higher education. He hopes by his hard work more children will go on to get their degrees and change the world as well. 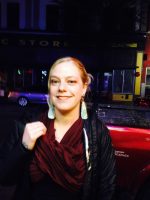 Lisa Cardenas works (too much) as a custom tattoo artist in a private studio, where she struggles with time management and tries to avoid people who want tree tattoos. In her spare time (hahaha) she enjoys roller skating, cooking, training raptors at her volunteer job, covering things in glitter, and fart jokes. Okay, it doesn’t have to be a joke– she just thinks farts are funny. So do you, don’t pretend. 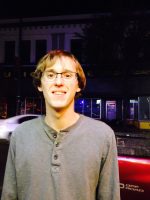 Nick Holt is a 20- year- old college student. His major is theatre and he is trying to become a stage performer. He currently works at Dominos as a delivery driver and attends full time classes at Pima Community College.  His hobbies include sleeping, eating, and staring at his wall thinking about productive things he should be doing. 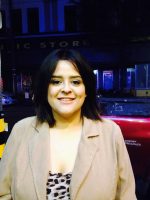 Gloria Elizalde is full time student at the University of Arizona and a part time baker of pugpays Cheesecakes. She is studying Communications with minors in Finance, Business Administration, and Engineering Management. Although she was born and raised here in Tucson Arizona, she comes from a Mexican decent. Her mother is from Sonora Mexico and her father is from Chihuahua Mexico. She has lived part of her adult life in Hermosillo Sonora where she created her start up company of Cheesecakes. She is due to finish school in Spring of 2017. 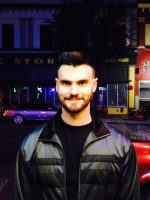 Chase Matthews is a college student who is majoring in the Social Science field. He has overcome a traumatic brain injury and loves helping people. He refuses to give up and perseveres through everything that has been thrown at him.

Curator Molly McCloy
A three-time NYC Moth Slam winner with work published in Slate, Nerve, and Swink, Molly McCloy is a nonfiction writer and performer based in Tucson, Arizona. She holds an M.F.A. in Nonfiction from The New School where her mentors were Phillip Lopate, Vivian Gornick, and Jonathan Ames, and she is a Lambda Literary fellow. Most recently, on a sabbatical from Pima Community College, Molly wrote the one-woman show Mad Dog Grudges and performed it at Dixon Place in New York City, Bentley’s in Tucson, and Trunk Space in Phoenix. She also performed stories for Bawdy and RADAR in San Francisco, and for an audience of 650 at the Arizona Biltmore as part of the Arizona Storytellers Project. Her stories have been broadcast on KJZZ in Phoenix and KUAZ and KXCI in Tucson. Molly has recently finished the first draft of her memoir based on Mad Dog Grudges and hopes to publish it and perform the show at fringe festivals around the country and in Canada. She is developing the curriculum for a storytelling class which she hopes to teach at Pima Community College.