A walk in the woods, your first happy kiss or a talent for music. Innate, intrinsic or ingrained. What makes you tick, provides inspiration or draws you in? Whether it’s writing indoors, going underwater or climbing mountains, it’s “only natural” depending on who you are.

The Flandrau Planetarium and Science Center is on the University of Arizona campus. Sit back and enjoy the comfy seats in this theater in the round while you hear original personal stories. There are no advance tickets for this show. Doors open at 6:30 so come early to get a good seat. 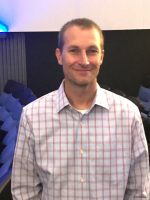 Moses Thompson, an educator of 15 years, got his feet wet with school gardens at Manzo Elementary using gardening as a counseling tool with his students. Today, Thompson works with the UA Community and School Garden Program and the Tucson Unified School District to spread the Manzo school garden model across the region. 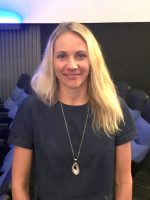 Jess Kapp is a geologist/writer living in Tucson, Arizona with her mountain man husband and two precocious sons.   She is the associate department head and a senior lecturer in the department of geosciences at the University of Arizona, where she teaches introductory earth science to hundreds of less-than-impressed non-science majors.   She blogs, often using colorful language, on topics including adventure, motherhood, women in science, and teaching, on her website jesskapp.com.  She has written a soon-to-be published memoir about her transformation from doubtful, sheltered suburban girl to bona fide adventuring scientist while roughing it in the middle of nowhere, Tibet.  She also writes short stories.  You can find her online on the Huffington Post, TravelingGeologist, Facebook, and Twitter @jess_kapp. 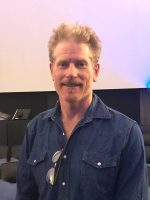 Brad Lancaster loves to partner with and serve life. Towards that aim he authored the books “Rainwater Harvesting for Drylands and Beyond” and co-founded DesertHarvesters.org. Thus you’ll often find him digging rain nets, sowing wild food plants, and weaving living corridors through minds and neighborhoods. 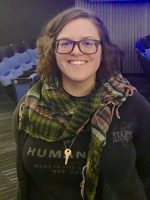 Sarah Whelan: Things you may or may not want to know (a listicle):
Is grateful to be here.
Has finally made peace with the fact that she just can’t do a cartwheel no matter how hard she tries.
Enjoys getting lost in a good book and out in wild places.
Most days you’ll find her nose deep in her work with The Coalition for Sonoran Desert Protection or out tooling around town on her bike taking in the sky.
Her favorite part of the day is when it’s silent.
Is a person, poet, award winning marketer, day dreamer, fundraiser, artist, event organizer, wild card, problem solver, conservation biologist, lover of iced coffee, singer of songs, planter of seeds, and has never once been known to have good balance or coordination but somehow manages.
Spends most of her time at home stretching it out on her yoga mat, tinkering around her garden and hanging with her dogs.
Hates Bananas.
Is an avid supporter of naps, silly songs, and kazoos.
Believes a good meal is made great with the right company and that there is always room at the table.
Agrees with the idea that through the act of storytelling we can take a moment to be vulnerable with one another and connect in a way that supports us in being+ kinder and more understanding of each other. 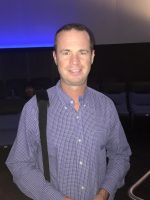 Elliot Jones is the Music Director of the Arizona Repertory Singers, Director of Music at the Episcopal Church of the Apostles, and hosts Downtown Tucson’s Piano Bar each Thursday evening at Old Town Artisan’s/La Cocina. He holds degrees from New York University, Indiana University, and the Doctor of Musical Arts in choral conducting from the University of Arizona. He has led performances of a wide variety of repertoire, including many works for chorus and orchestra, such as Mozart’s Requiem, Haydn’s Lord Nelson Mass, Honegger’s King David, and Handel’s Israel in Egypt. He has twice led performances at the National Cathedral in Washington, most recently of Gregorio Allegri’s iconic work, Miserere. A passionate advocate for new music, he conducted the East-Coast premiere of Jake Heggie’s Anna Madrigal Remembers with a text by Armistead Maupin. The Arizona Daily Star and Tucson Weekly have described his ensemble’s performances as “powerful,” “outstanding,” and “chill-inducing.” Upcoming performances include concerts in December of holiday music with Arizona Repertory Singers at the Benedictine Monastery. 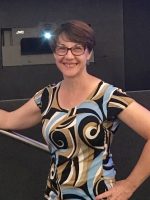 Tracey Kurtzman is a securely imperfect woman, wife, and mother who lives by the rule: “If you’re not having fun, you’re doing it wrong.” In her real life, she’s a pediatrician at El Rio Community Health Center where she cares for underserved families and children with chronic illness, and teaches doctors-in-training. In her fantasy life, she’s a Broadway actress who can sing and dance and has legs like Tina Turner. She moved to Tucson in 1988 and lives in a home that also houses a one sexy husband, two nerdy kids, three barky mutts, and four struggling spice plants. Tracey is especially proud of the fact that she can say “Thank you” in 23 languages, 24 if you count Pig Latin. She really can! 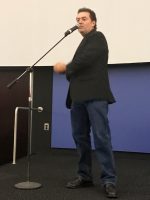