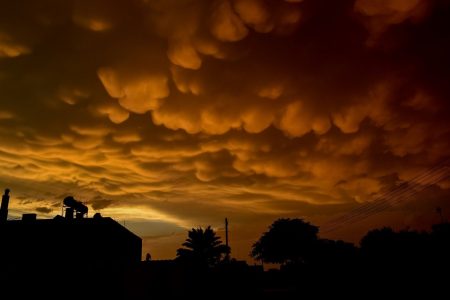 Worlds turned upside down. Unexpected, unexplained, or under-explained experiences. Familiar face or complete stranger? Things that give you goosebumps or make the hair on your neck stand at attention. Quirky or creepy? A little bit off . . . or completely off the charts? Come get weird, eerie, and/or perplexed with Odyssey as we ponder and attempt to make sense of life’s stranger things.

Cassandra Bendickson is a furiously joyful bassoonist, teacher, mom, and a handful of other things almost as fabulous. She loves to travel and her bassoon has taken her to parts of Europe, Mexico, Japan, and all over the U.S. You can find her mostly playing in chamber ensembles, like LuftBassoons and ChamberLab and Tucson Duo Project, and doing curious things with reeds on Instagram under the handle Bocal Soup. Learn more about her at www.BocalSoup.com.

Ursula Bachofer was an army brat and grew up in lots of different places. She is originally from Germany and ended up in a tiny town in North Central Kansas, which was a great place to raise three boys. At the urging of her sons (Roscoe, Cole, and Logan, who all live in Tucson), she took a chance, left her job of 32 years, and moved from Kansas to Tucson. She is currently an administrative assistant at a law firm, and enjoys hiking, reading, and watching movies. But her greatest joy comes from hanging with her family, especially her three year old granddaughter, Emery.

Jan Stapleman moved from Colorado to Tucson a year ago. A self-described word nerd, Jan’s career included training and communications for the state of Colorado. A few years ago, she launched her own business, Fearless Communications, where she provides writing, editing and training on writing skills. Jan says when she’s not being obsessive about grammar and punctuation, she’s an avid hiker, camper and gym rat. She hiked with the Colorado Mountain Club for more than 20 years, and she’s now exploring Arizona trails with the Southern Arizona Hiking Club. In Colorado, Jan summited 31 of the state’s 14ers, and did hut-to-hut snowshoe treks among Colorado’s 10 th Mountain Division Huts. She says she loves canyoneering in Utah, along with backpacking and camping adventures wherever the trail leads her.

Robert “Bobby” Alvarez is the Deputy Director of Training and Operations for CADCA, a national and international non-profit based out of Washington, D.C. metro that works with over 7,000 grassroots, community coalitions in over 24 countries and throughout the U.S. to create community driven solutions to address substance misuse and violence. As Deputy Director, he is responsible for the oversight and strategic direction of Customized Training and Services, National/International Youth Programs, and the National Community Engagement Strategy. In this capacity he seeks to create strategic partnerships, drive innovative solutions, and empower communities to implement environmental strategies to address systemic problems.
Prior to arriving at CADCA, Robert amassed 14 years of experience working with marginalized communities and youth, nationally and internationally, in youth leadership, gang diversion, community-based mental health, education, and community development. During the course of his career, Robert served in the US Peace Corps in El Salvador (’07-’10) as a Youth & Community Development Coordinator and is an alumni of the Fulbright Public Policy Fellowship where he served as a Special Advisor to the Ministry of Education in Guatemala (’16-’17).
Robert is a native of Los Angeles, California, speaks Spanish and Portuguese, and was a dual-degree student receiving both an M.A. in Latin American Studies and Master of Public Administration from the University of Arizona, he also possesses a B.A. Psychology from Northern Arizona University.

Improviser and sometime stand-up comedian Linda Ray is the founder of the Tucson Comedy Alliance. She is also a writer whose work has appeared often in The Chicago Tribune, Chicago Reader, Tucson Citizen, Illinois Entertainer, Phoenix New Times, House Beautiful and Tucson Weekly among others including multiple industry publications. She was a contributing editor to No Depression music magazine and has a chapter in a New York Times book about Dolly Parton. She has appeared on the FST stage and takes pride in having placed 3rd in the Phoenix Moth, if they’d actually had a third place.

Equal parts starry-eyed idealist and crusty construction worker,  Joe Silins hails from Phoenix but likes to think he’s been in Tucson long enough to call himself a local. Joe is self-employed in natural building. He enjoys spending time with friends, yoga-ing, volunteering and talking about how he should be camping and hiking more.