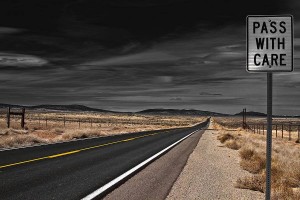 Passing time, passing grades. Who makes the rules? Who and what passes–or doesn’t–and why? And what happens when you pass over? Join our six storytellers as they take a pass at “Passing”

Bella Vivante, actor, writer, dancer and leader of study trips to Greece and Turkey recently returned from Turkey as a Smithsonian Journeys Study Leader. A retired professor of Classics, she runs her own business, ARIELA, LLC – Educational Travel * Dramatic Performances * For Youth and Lifelong Learners, http://wingedariela.com. In various activities Bella strives to make the ancient world dynamically alive to contemporary audiences: see Women, Marriage and Family in Ancient Greece, a Paideia Project dvd 2012; Daughters of Gaia: Women in the Ancient Mediterranean World(Praeger 2007, pb Oklahoma 2008); classes she teaches for the Humanities Seminars Program, and more. As a participant in other Odyssey Storytelling evenings she enjoys the diversity they always present. Join her for folkdancing. Travel with her to Greece and Turkey in spring 2016.

Terry Ahearn is the luckier half of a marriage to his wonderful wife Linda and father to two great kids – Haley & Cole. Originally from Two Rivers, WI with a population of 11,000 and dwindling (both the population and the rivers) he relocated his family from the Golden State to the Valley of Gold (Oro Valley) in 1999. He likes writing – primarily short stories based on personal experiences; op ed / letters-to-the-editor pieces; romantic or humorous poetry – including a piece that won a two thousand dollar prize – but hasn’t quit his day job yet as a manager for a small, but great, turbine engine repair facility – American Turbo Systems. In his Mittyesque life he’s a famous architect and benevolent billionaire. Terry enjoys debating political issues with his conservative brother, cheating at chess against the computer and collecting found nature items – especially dead bugs and various animal parts.

Karlyn Bradley is a UA senior double-majoring in Political Science and Gender and Women’s Studies. He wears many hats at the University, which include Student Assistant in African American Student Affairs (AASA), Intern with the Women’s Resource Canter’s The Men’s Project, Safezone Facilitator, and Co-Director of Diversity and Inclusion for The Associated Students of the University of Arizona (ASUA). As the Co-Director of Diversity and Inclusion for ASUA, he is able to use his knowledge of Feminist Theory to create programming that educates and empowers around topics of race, gender, sexual orientation and power dynamics. Karlyn hopes to obtain a graduate degree in Gender and Women’s Studies and Law and become a consultant to institutions of higher education around their cultural competency.

Maureen Kelly grew up in Newport, R.I. and received her B.S. and M.S. from the University of Massachusetts at Amherst and her Ph.D. from Ohio State University (Go Bucks!!). Having spent the better part of her career in at the University of Arizona, Maureen has taught thousands of college students and adapted to MANY curriculum changes. Personally, she loves the subtle seasonal changes of the Southwest, gardening, movies, traveling, a good story, laugher, and Don Henley.

Adele Schoterman is a New York transplant, though after 40 years she feels more like a Native Arizonan. Her good fortune has her three children and their families close by.  Adele worked for over 50 years as an RN, in a great variety of venues. Now she wallows in the luxury of retirement, finding other occupations for her busy hands. Life is good!

Bruce Blackstone is a gender anarchist nonconformist. Is that redundant? Probably. There are men, there are women, there are trans and gender-queer folks, cross dressers, intersexed folks, drag queens, and then there is Bruce. (Are those all the categories? No, but hopefully it’s close enough!) There have yet to be boxes on any form marked Male, Female, or Bruce. Bruce is self-employed as a designer, fabricator and installer of fine custom cabinetry, but has also worked semi-professionally as a musician and performer. Bruce can be found around Tucson prancing at Trader Joes, manning about at Sprouts, or being contently commingled at Fry’s supermarket. Coffee is great. Tea is fine. Mixing the two and then carbonating them are even better. (Why not?) “Any occasion to dress, is an occasion for Bruce to overdress” — Steve (a guy who knows Bruce)

C. Michael Woodward: I’m a LGBTQ diversity and inclusion trainer and advocate. I’m also a published author, rock star, and world changer. I love storytelling, and I use it a great deal in my professional work–it is one of our most powerful ways to connect with other people. We learn through storytelling that we’re all much more alike than we are different. Not only do stories entertain us, they also bring us closer together and enhance our sense of humanity. Five and a half years worth of Odysseys ago, a story I told brought the beautiful and brilliant Carolyn Fort into my life, and I have been forever changed for the better.