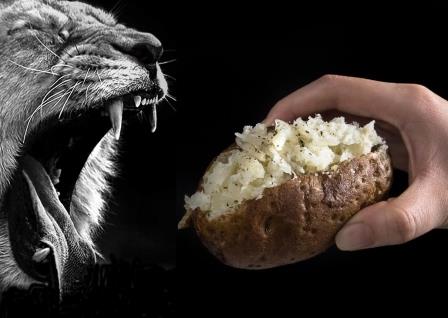 Unfinished. Ill-conceived. Not thought all the way through. It seemed like a good idea at the time…though perhaps at the time, the person who came up with the idea was half-baked themselves. In any case, joining us for a celebration of our most ambitious mistakes is always a good idea, no matter what time it is!

Storytellers include:
Sharon Schneiderman is an elementary school teacher, Tucson native, and soon-to-be-mom. She is married to the love of her life, “Odyssey sound guy” Miles Schneiderman. She spends her free time reading, playing board games and role-playing games, and crafting.

David R. Davis is a Texas-born son of a career military father. As a teenager and adult, he’s played in several bands and still claims he’s not a musician — he’s a drummer. David served as a medic with the 101st Airborne Division in Vietnam and later had a 35-year career as a social worker and therapist. Upon his retirement five years ago, he and his partner, Suzanne, moved to Tucson. He now spends his days hiking the Sonoran Desert, playing with the stingrays, snakes, and lizards at the Arizona Sonoran Desert Museum, and writing. He’s a member of the Oro Valley Writers Forum and has published two novels.

Bruce Kirchoff is a Professor of Biology at the University of North Carolina at Greensboro (UNCG). He has won the UNC Board of Governors Award for Excellence in Teaching, the Charles Edwin Bessey Teaching Award from the Botanical Society of America, and the Innovations in Plant Systematics Education Prize from the American Society of Plant Taxonomists. He has studied scientific communication at the Alan Alda Center for Scientific Communication, storytelling with NC storyteller Louise Kessel, and improv with Bill Arnett at the Chicago Improv Studio. He is a Faculty Fellow in the UNCG Speaking Center, through which he offers workshops in scientific communication and storytelling. He is most proud of appearing on the Second City stage and telling a 30 second story that got the biggest laugh of the evening.

Jeremy tried to conceal his identity somewhat the last time he did this by using a pseudonym, but it was all for naught when the host accidentally referred to him by name. Despite this setback, he continues his objection to the bourgeois practice of forcing storytellers to use their real names or write biographies of themselves. !VIVA LA REVOLUCION!

Brett Boyce is owner and operator of Arizona’s only flea circus, as far as he knows, and enjoys competitive haikuing.

A recent graduate of the U of A School of Government and Public Policy with a Masters of Public Administration, Steven Braun works as a 911 Communications Specialist Supervisor for fire and EMS. On his return to school after 30 years, Steven found that most classes required some sort presentation and that he suffered from an extreme fear of public speaking. His solution: standing alone on a stage under a single light, microphone in hand, telling embarrassing stories about himself. Not only did it work for school presentations, Steven found himself hooked on written and oral storytelling, and now volunteers with Odyssey, fumbling his way through website administration. Prior to his career in public safety, Steven worked as a chef for 26 years in New York and Tucson, where he was a partner at the legendary, but sadly defunct, Boccata Bistro Caffe. Steven has been married to Phyllis for 33 years and they have one child, Jax. To date, Steven’s published works include two recipes in an out of print cookbook, but he’s hoping to change that in the future. Stay tuned for more…

Miles Schneiderman (Curator) is a freelance…everything, basically. Having never fully understood the concepts of “getting a job” or “finding a career,” he is happy to accept money from anyone willing to pay him to do the things he does best. As it happens, those things are primarily writing, podcasting, and all the things that come alongside writing and podcasting, like editing, fact-checking, proofreading, and audio production. He has been published in multiple places, including Yes! Magazine (which is impressive because it’s a well-respected journal of social and political solutions) and the science fiction blog Universes of the Mind (which is less impressive because it’s just a blog that he started one time). He is the host and producer of the Odyssey Storytelling Podcast, co-host and producer of the Smash Fiction Podcast and The NXT Wrestling Fan, and co-host of the Unspoiled! Twilight Podcast. Links to all his work can be found at www.mjschneiderman.com