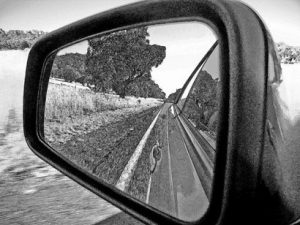 Hindsight
Stories from the shoulda – coulda – woulda club. They say hindsight is 20/20. If you knew then what you know now . . . how would your life be different? Would you make the same choices or would you take a different path? Are our lives predetermined by fate or do we exercise free will? Or, is it some odd combination of the two?

Matthew Taylor is a student at Pima Community College. He was born right here in the beautiful and culturally-rich city of Tucson, Arizona. He sits on the board of directors for the local nonprofit “Tucson Pride”. Matthew attended the Sunnyside schools his entire life. However on the very first day of his junior year in high school, he was placed in the Arizona foster care system and that was the moment in which he decided that public service was where his heart lies. Matthew spent most of his time in the system on the run and in hiding, as he refused to live in group homes. And due to a lack of resources and his fear of being picked up by DCS, he dropped out of high school and earned his GED as an alternative. Since then, 19 year old Matthew has begun his candidacy for a seat on the Sunnyside School Board, making him the youngest candidate in the history of the school district. If elected, Matthew will become the youngest, openly gay elected official in the city of Tucson. Matthew’s plans for Sunnyside include developing district-wide programs, targeted at ensuring the personal and academic success of the foster care students in his district. For more information about Matthew or his campaign, you can visit: www.matthewforsunnyside.com

Simon Donovan is a local fool. An aging curmudgeon, he has an increasing intolerance for millennial slang and screen-oriented interfacing. He has always felt widely misunderstood, but now -Sweet Jeezus! Depending on the outcome of the upcoming election, he may be packing his bags for Malta.

Mike Cardwell is an adjunct researcher with San Diego State University, studying the diet and predatory behavior of Mohave Rattlesnakes and why their venom is different in different regions. He has lectured to hundreds of audiences in the United States, Canada and Australia about rattlesnakes, other venomous creatures, and the injuries they produce, as well as publishing his research in scientific and medical journals and books. Although he has wanted to be a wildlife biologist since he was a teenager, he took a three-decade detour through law enforcement before retiring and completing a graduate degree in biology. His 32-year career with the San Bernardino County (CA) Sheriff’s Department included the assignments that Hollywood makes movies about, like narcotics, homicide, SWAT, search & rescue, public corruption and counterterrorism, producing a rich trove of experiences for storytelling. Mike lives in Tucson with his wife, Denise, and enjoys teaching others about venomous creatures, as well as photography, writing and racquetball.

Gina Finio is 27 years old and originally from the Philadelphia, PA area. She graduated from a PA university that you’ve probably never heard of and has worked in Human Resources ever since. She turned her love for cactus into a cross-country move this summer, relocating from Allentown, PA to Tucson. Her dog Ducky is the most important thing in her life and is also her longest lasting relationship. Her hobbies include binge watching or auditioning for reality television, finishing jigsaw puzzles with her girlfriend and then putting it back in the box like a savage, and spending way too much money on crop tops that she will never stop wearing no matter how old she gets. Follow her weird life on social media @ginafinio or read her blog if you feel like it at www.ginafinio.com.

Pamela Rose is exploring new ways to be and live, letting go of previous roles and credentials (hospice chaplain, pastor), finding the transition to be a wild ride. Living in the San Pedro River Valley, she listens for the coyotes and loves desert breezes. Her major focus is to be present to the day, grow in loving, and walk towards whole-heartedness. She continues to do some work as a spiritual guide and intimacy educator via https://tendingtransitions.com/.

Judy Ben-Asher has worked professionally in film and television as an actor since 1994. Judy always had a highly creative world starting her career on stage at five years old in Tucson, Arizona, in a version of The Wizard of Oz as an M&M (munchkin), she began a career in dance at five years old ending at twenty-five as well, performing on many large stages. Judy started her love of Shakespeare when she began to study and perform his plays in fifth grade at Tucson Hebrew Academy. Judy has performed over 100 voice overs for animation, she has been on stage in Los Angeles in performances in plays such as Sunday on the Rocks, Twelve Angry Women and Welcome Home Soldier for 11 years. She studied  The Meisner Technique in Los Angeles at Playhouse West Repertory Theater from 1994-2005. Judy became passionate about directing working on films with Milos Forman and David Lynch. She loves every aspect of the art and storytelling in film. If you have met her, you see that her passion is contagious. Everything Judy loves and learns she feels compelled to pass along in a huge way. Judy started her company, Starry Sky Films when she moved back to Tucson, AZ from Los Angeles. She went back to Tucson to caretake her mom through ovarian cancer, and stayed to caretake her father after her mom passed away. She was learning so much and wanted to share this knowledge on a deeper level in her documentary film, TruthSeeker®. She strives to keep learning, sharing information and hopes to continue conversation. She believes our lives can only be better when we communicate our ideas and learn from each other.

Jeff Glessing is a full-time van-lifer, adventurer, Earth lover and has been in Tucson for all of two months.  His true loves are sea turtles, back country mountain biking and Arizona’s wilderness.  He has lived in Europe, North Africa, South Africa, the Caribbean, the Middle East and Southwest Asia and has touched the sovereign soil of 36 countries.  He is a 12-year Marine combat veteran, a former risk management expert, a wandering yogi and a desert rat.  He holds a bachelor of arts in adventure education and environmental studies from Prescott College, a certificate in Ecological and Regenerative Design from the Ecosa Institute and has obtained the equivalent of a doctorate in world travel and cultural experiences. He is a breath worker, altar maker and spiritual seeker/finder.  He is currently compiling stories of his life into a book which he is currently seeking editorial assistance with (wink-wink).  He is scheduled to undertake graduate studies in science journalism in the winter of 2021 at University of Wisconsin in Madison. He can be reached at jeffreydglessing@gmail.com.

Adam Hostetter (Co-curator) is a Reiki master, tarot card reader, writer and storyteller. His passion is helping people explore themselves, grow and deepen their abilities to be awake and aware–he has been an adult educator for almost 30 years! He performs his most amazing feats (including carrying on the family tradition of food fermenting) under his superpower name, Quantum Mennonite, find out more at www.quantummennonite.com. He started volunteering with Odyssey Storytelling back in 2008 and has coached many storytellers over the years, as well as told every secret he has from the Odyssey stage.

Penelope Starr (Co-curator), Odyssey founder and author of The Radical Act of Community Storytelling, is agonizing over finishing her first novel. Wish her well. www.penelopestarr.com.