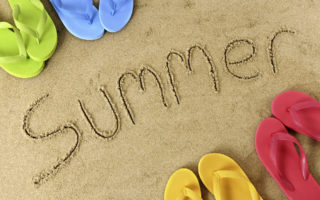 Summertime and the living is easy…unless you have prickly heat. School’s Out. Gentle Breezes. Ice Cream. Exotic Travel. Adventure, romance and relaxation. Were you a Surfer Girl or did you dread bikini season? Did you have a fling or fall in love with baseball? Come join us to listen to true stories that will no doubt confirm what Ralph Waldo Emerson observed “do what we can, summer will have its flies.”

STORYTELLERS INCLUDE:
Stephen Krohn I am a lover of Italo Calvino stories, the natural world, art, the desert, and exploring countries. I teach art and digital design at the Gregory School, where I was introduced to this program through a colleague. I have always loved myths and I have tried to bring this to life through my own allegorical paintings.

Born in Tarrytown, NY, a.k.a. Sleepy Hollow, Paul Lucie is an only child, mainly because his mother says he’s the poster boy for sterilization. A marginal student in high school, it didn’t get much better when he went to ASU. He graduated with a sturdy 2.7 GPA, then moved to Brooklyn to pursue a failed career in the music industry. His notable highlight was nearly burning down his apartment building after he passed out boiling pierogi’s. With unsuccessful stints in Brooklyn and San Diego, Paul moved back to Phoenix seven years ago to pursue a life of unjustified leisure.

Dave Margolis has written a number of screenplays, TV scripts, lyrics, poems, and even a novel because, if there’s one thing he likes more than writing, it’s rejection. A graduate of UCLA, Dave spun the hits at Bakersfield’s #1 country music station right out of college and spent most of his usable life managing a film subtitling company in Hollywood. Nowadays he does stand-up around Tucson and sells real estate during the day. He is the radio voice of Corner Connect Realty.

Mike Schaefer finally finished college after nine years, with a bachelors degree in Philosophy. He went on to get a masters degree in education and found his niche teaching. For the past twenty years he has taught Kindergarten through eighth grade – every single grade at one time or another. In the middle of all this he also did a five year stint as an insurance agent. He is currently a middle school math teacher who loves the kids but hates the low pay. He is married to Sabrena, whom he doesn’t deserve. Together they have a daughter and three sons. All of whom are great kids that he also doesn’t deserve.

Kristine Levine is a stand-up comedian and Radio Personality originally from Portland, Oregon and newly transplanted to Tucson, Arizona. As a comedian, her refreshing candor and unflinching, twisted perspectives on life, love and dysfunction have earned her a reputation as a biting, brutal cross between Lenny Bruce and Roseanne Barr. In addition to regularly touring both stateside and abroad, Kristine has lived in Egypt, served as a radio DJ, Air Talent and Producer, boasts numerous commercials and voiceovers to her name, was seen in feature stand-up documentary The Unbookables and has appeared in multiple sketches throughout each season of IFC’s Peabody and Emmy Award-winning Portlandia.

Curator Phil Gordon is a Tucson comedian and actor.  He performs stand-up comedy at clubs and casinos across the country and has regularly hosted Laughing Liberally Tucson a local political comedy review.  He is a member of the By the Time I Get to Tucson Players which produced the Alfred Hitchcock satire, “Dial L for Latch-Key”, broadcast on KXCI radio’s 30th anniversary tribute.