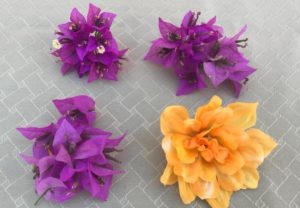 This show will be a special fundraising event for Southern Arizona Senior Pride. 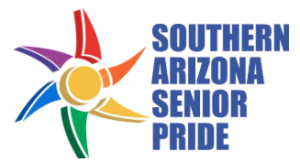 Purchase tickets at the door or online HERE

Terry Filipowicz:  At home in newsrooms, college classrooms, and book publishing, I’m connecting cool people with other cool people and writing multi-platform content. I’m building a media EMPIRE because I want to use my powers for good. I scuba dive, Irish dance, and do genealogy. I wish I could sing well.

Lavina Tomer has lived in Tucson since 1972 when she drove from Connecticut to Tucson in five days. She has been an activist in the feminist, lesbian feminist and LGBTQI movements since 1973.Lavina retired from her 35-year career as a massage therapist in 2012. She has been a loyal and committed volunteer for Southern Arizona Senior Pride since 2014.

An avid observer of people, Ethel Lee-Miller often encourages folks to find just one commonality to create a relationship. And yet one of her most special relationships has been one where it was really hard, but necessary, to be different. She currently writes and lives with her husband in Tucson, always finding seeds for stories in observing people around her. Some might say she’s nosy, she labels it discerning. Whether writing or speaking, Ethel Lee-Miller has been having a love affair… with words, for more than a decade, resulting in two published books, inclusion in several anthologies, writing workshop seminars, online journals and 100s of blog essays, Facebook posts, and a growing number of tweets.  She shares many of these stories in her books, Thinking of Miller Place and Seedlings: Stories of Relationships. https://etheleemiller.com

Vic Roych is a writer-turned-actor. He has lived in Tucson most of his life, where his frequently seen at art and cultural events. He was part of Odyssey’s “labor” show. Fran Spiegel: Thanks for raising a great daughter.

Stephen Hall is a Vitamin-D deficient nerd who can usually be found playing long, involved board games. He is a juggler, unicyclist, and lover of all things Spider-Man (except that one scene in “Spider-Man 3”). He funds his geeky obsessions by working at the History of Pharmacy Museum, where he collects expired drugs and listens to 1980’s hip-hop.