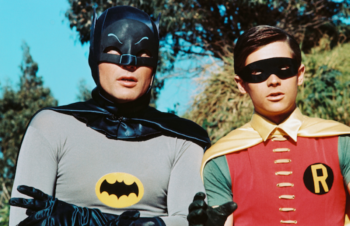 Purchase tickets at the door or online here

Shaggy and Scooby. Lucy and Ethel. Holmes and Watson. What would one be without the other? Sidekicks play no small role. They offer friendship and loyalty, sometimes at a high cost. Sidekicks make us laugh, help us see things in a new light and are sometimes the ones that we can really relate to. Come join us to listen to true local stories about having, being or knowing a sidekick.

Jude Johnson is a multi-genre author, a multi-decade practicing chiropractor, and multi-faceted smartass who is “Native by Proxy” to Tucson – her mother graduated from Tucson High before joining the Navy in WWII, and Jude has lived here nearly forty years. She’s written a trilogy of novels about Wild West Welsh immigrants, a nonfiction collection of biographies, a kids’ book about a Wombat gone walkabout who winds up in Tombstone, and numerous warped short stories. She loves to travel, speaks Welsh, Spanish, Canadian, and Australian, and firmly believes the best way to clean house is via turbo-powered leaf blower.

Kirsten Voris recently resigned from all her jobs. Her dream job is getting paid to write about all her worst job experiences. She overshared at Odyssey Tucson in 2009 and her essay Zamzam will appear in the forthcomingExpat Sofra; Recipes of Foreign Life in Turkey. She lives in Tucson, Arizona.

Leigh D.C. Spencer is the author of Tequila and Cookies and co-author of She Too. She has an impressive apron collection and enjoys baking and making candy shaped like everything from brains to vaginas. Leigh shares home with a cool husband, inspirational sons, rescue dogs, turtles, hermit crabs, and a big lizard named Levi. She is a regular performer and board member with FST! Female StoryTellers.

David Davis was born in Texas and raised everywhere. He served as a medic with the 101st. Airborne Division in Vietnam. That period of time significantly changed his life as war does with all lives. he knew the best and worst of mankind during that year. Undergraduate and graduate education followed and then forty years as a social worker. A career he has never regretted. Now his life is filled with joy, laughter and adventure – Writing, exploring and trail running. He has published one book – Running In, Walking Out. He lives with his partner, Suzanne and their dogs Louie and Denni.

Jonathan Grinder has been an Arizona resident from the early 70s. He lived in Tucson from the 90s until the early 2000s. Then moved to Ohio. Finally back in Tucson this year. He was a trial attorney from 1986 to 1999 then a Judge in Justice Court for several years. Then to Ohio. And back to Tucson. Currently he runs his own business producing special events and help out with Meet Me at Maynards.

Claire-Vimala Anderson is a creative artist manifesting most of her work in the fields of photography, painting, and as a singer-songwriter folk musician. Her works are both an expression and an exploration of the Spirit that her life experiences have unearthed within her.

Ellen Morell was born and spent most of her life in or close to Indianapolis IN. Her first career was as a Dental Hygienist but after the birth of her third child she decided to retire and become a stay at home mom. She next became a financial planner which morphed into being a Planned Giving Consultant. That was fun. Then God tapped her on the shoulder and said “I want you to go to prison.” Not being one to ignore God she got her MDiv degree, became ordained as an Episcopal priest, and did prison chaplaincy. Ellen loves storytelling and usually focuses on Biblical Storytelling.  She has more adventures and many more stories to tell.

Come enjoy a local beer or wine at the Sea of Glass before and during the show and check out their Eco-Friendly artisan gift shop!