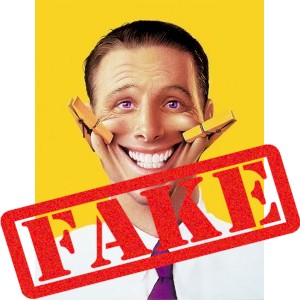 Storytellers include:
Nooshie Motaref, author of award winning novel, Tapestries of the Heart, has gone through many challenging life experiences unlike many women from the Middle East. Her new book, Land of Roses and Nightingales: Seven Adventures of a Persian Girl, is due to come out in May. She left Iran to find freedom. Now in Oro Valley, she tells stories of strong women. She frequently gives speeches on several subjects related to her birthplace including its culture, traditions and religion. Her purpose is to familiarize Western audiences with Iranian life and ethnicity.
Myken Dahlen is currently spending time as her artistic alter ego, Grace Motel, now that she is homeless and unemployed by worldly standards. This mysterious vagabond recently sold everything she owns to drive to the desert from the Pacific Northwest because she felt like it would be a nice thing to do. Interested in taking an honest look at the dark and difficult parts of being human, exposing them, then laughing about it, Myken should have no problem staying busy for the rest of her life.
Brianna Hamilton Mother of 2, wife, medical assistant, blogger, and Hufflepuff. She loves to sing out loud and dance down the hall. She was born in Tucson but gained a love of the east coast after living in Tennessee for 5 years during her youth. If you asked her what she dreams of she would say, all the time she wants to spend with her crazy family, to travel, and to make a difference, even a small one. Life hasn’t always been easy but she remembers that if she just keeps swimming she’ll get to where she’s meant to be.
Jeff Clashman has been in middle school for about 30 years. He’ll probably retire from teaching before he makes it to high school. He loves taking care of his family and all sorts of other animals. Usually he has a variety of poops on his shoes. He is most at home sitting in a restaurant in Italy with a map handy in his magic bag. He tells lots of stories in his classes. All his students love Daniel Morden.
Veneranda Aguirre (Vene) is a Nogales, Arizona native who has never colluded with Russia in election interference. When she’s not working on her debut novel, “The Good Girl’s Playlist,” she’s dancing in her kitchen to sixties music.
Jonathan Moore is a singer, musician, engineer and actor born and raised in Phoenix, AZ. He majored in theater with a minor in music (so he would have something to fall back on). Soon out of college he fell into the worlds of I.T. and sales, and they have both been primary professional endeavors. Music and theater always tug at his heart, however. Also an accomplished recording engineer, he has played in several bands, toured with a few, and has recorded and played on many albums both in front of and behind the mixing board. He also went to High School with Tracey Kurtzman, and took her to her senior prom.
Drew Cronyn is thrilled to be here in Tucson as part of his US tour. He is a celebrated author, having recently written the bestselling “My Circus, My Monkeys.” His previous works include “Reconnecting with Eden: Wisdom for a New Day featuring 1,000 Recipes Using Apples” and “No. Just No.” Drew grew up in New York City and fondly remembers his days on the streets of Manhattan where he found that he was an excellent pickpocket but even better at insider trading. Dropping out in the 8th grade unbeknownst to his parents, he used his stock earnings to found a shoulder pad empire. When the bottom dropped out of the shoulder pad industry in the early 90’s, he began a spiritual journey. He is married to a wonderful man and a wonderful woman, and together they are raising two children and four cocker spaniels. Drew tries to always live by the mantra “I’m not lying. I’m embellishing for the sake of narrative flow.”