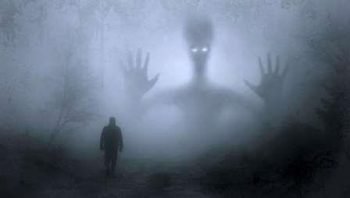 “Once we believe in ourselves, we can risk curiosity, wonder, spontaneous delight, or any experience that reveals the human spirit” wrote e.e. cummings. This evening we’ll hear stories from true believers in spirits of the heart and soul; ghosts past and present; and of course spirits in a glass with ice and a twist. We welcome you to Odyssey Storytelling and invite you to drink up this evening’s delicious brew.

Christina Early is a self-proclaimed desert rat, moving to Tucson from Houston, TX with husband in 1990. She has recently retired from a career in the restaurant/service industry. Spent 4 years working/managing Roosevelt lake Marina in central Arizona. She and her husband Steve owned and operated 2 restaurants in Tucson for 12 years. Since retiring, has been traveling. She Boast of now having visited all the states west of Rockies in the lower 48. Enjoys volunteering for Iskashitaa Refugee Network and the Community Food Bank. She hopes to continue writing Maybe even finish that book been working on for last several years.   Her service industry experience makes favorite hobby “watching people”.

Ana Gaskin recently moved here from Baltimore, has lived in Iowa, raised in California and was born in Mexico. Ana has tons of stories to tell, and loves to talk, so be careful getting her started. She’s currently working on writing her stories, preferably into a book that you may even enjoy some day. Ana has read several of her stories out loud for events and has also performed monologues. By day she removes her cape and tiara and puts on her glasses so no one recognizes her. Then, she just pretends to be an HR expert. Ana currently serves as Odyssey Storytelling’s Executive Producer.

Sergio M. Gonzalez has been a Tucson resident for about 4 years. Prior to Tucson, Sergio lived in Phoenix but is originally from El Paso, TX. He resides with his wife, son, three dogs and two birds. He is a lover of nerd culture, movies (especially horror and super hero films) and plays both saxophone and bass. The life lived has provided a number of stories, including the one you’ll be hearing tonight…

Charles Ludwig has been doing standup comedy in Tucson for 5 years. He has recently branched out to the “big time”, performing at venues as far and wide as Vail and Marana. He is a Tucson native who was raised by a loving, albeit overly religious, mother. She was a tad bit protective of him during his childhood. Charles was not allowed to listen to Aerosmith or AC DC, for a 5 year period, following the airing of an episode of The Geraldo Rivera Show in 1988, which was sub-titled “Devil Worship: Exposing Satan’s Underground.”

Roxy Merrari is a Los Angeles native currently living in Tucson, AZ. A lifelong comedy fan, she stood up at her first at Laffs Comedy Café in January 2015 and like so many others was instantly hooked. She started Comedy At The Wench at Surly Wench Bar, her favorite night life spot where Roxy hosts her own show every Monday. Ms. Merrari has also bridged the gap between her comedy and philanthropy work, producing multiple comedy benefits for local 501©(3) organizations doing exceptional work for the community. She is a recurring performer on The Estrogen Hour at Laffs, a show that celebrates women in comedy and raises money for the Leukemia & Lymphoma Society.

Kermie Wohlenhaus, Ph.D. is the author of How to Talk & Actually Listen to Your Guardian Angel, the award-winning Shopping with the Virgin Mary and over 12 Zines including the popular Desert Rain and Mary Magdalene Ain’t No HO. Ms. Wohlnhaus has previously told a story at Odyssey