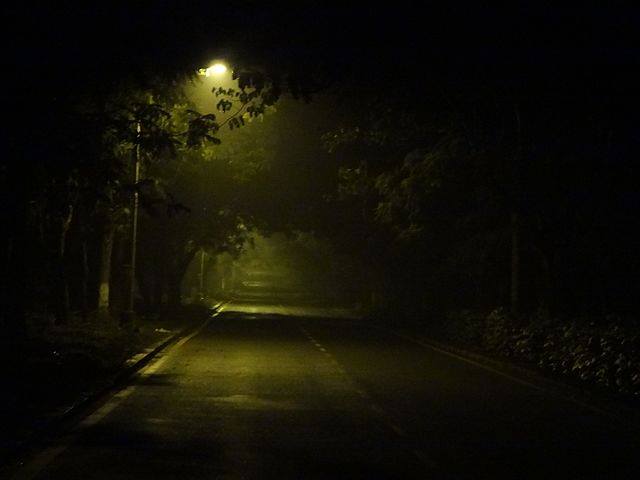 Regrets, longing, and missed opportunities. Creaks, groans, and bumps in the night. Things just out of view in the dark. The hairs raising on the back of your neck. A sudden drop in temperature. Is something there? Join us as our storytellers share true stories of what haunts them!

Andy Cross is a 38 year old student at the University of Arizona. He grew up in an environment rich in storytelling. The many stories he grew up on were tales of fantasy and adventure. Most of them were over-embellishments of truths or flat out fabrications. This stuck with him as he ventured into assembling the narrative of life’s adventures. He told himself he would never tell stories that were more colorful than the actual events, and he found over the years that he has had to water down many of his adventures to make them more believable. Andy is accustomed to telling stories to his friends and family, but he’s never attempted telling a story to an audience. When his friend Lisa called and invited him to tell a story at this event, he was very excited. He hopes you enjoy this spooky story he has to tell.

Michael Cardenas, or Mike, is a student and sculptor of the body. He spends his days as a student at the U of A where he studies physiology. Mike spent 4 years in the military where he learned that he doesn’t like ghosts or bell peppers, but loves sushi. Most days you can catch him at his job as a trainer (where he puts our host tonight through hell a few times a week), at one of the many craft beer spots throughout the city, or at home with his dog Chloe, girlfriend Laurel, and his PS4. The last place you will ever catch him is at a horror movie or event.

Jane Bendickson, 17, is a senior at City High School. She has been published in the AZ Daily Star, Bear Essential News for Kids, and various school papers. In her sophomore year she founded and after school newspaper called the Narwhal News that she still runs today. Bendickson means to study at the University of Arizona in the School of Journalism.

Miles Schneiderman is a freelance…everything, basically. Having never fully understood the concepts of “getting a job” or “finding a career,” he is happy to accept money from anyone willing to pay him to do the things he does best. As it happens, those things are primarily writing, podcasting, and all the things that come alongside writing and podcasting, like editing, fact-checking, proofreading, and audio production. He has been published in multiple places, including Yes! Magazine (which is impressive because it’s a well-respected journal of social and political solutions) and the science fiction blog Universes of the Mind (which is less impressive because it’s just a blog that he started one time). He is the host and producer of the Odyssey Storytelling Podcast, co-host and producer of the Smash Fiction Podcast, and co-host of the Unspoiled! Game of Thrones and Unspoiled! Dark Tower podcasts.

Roscoe Mutz  (Curator) is a juvenile trapped in an adult body, with a dark sense of humor, appreciation for sarcasm, and (despite having no children) an affinity for dad jokes. He practices employment law and commercial litigation at the law firm Farhang & Medcoff, where he vacillates between calm, measured counselor and antagonistic, shouting legal zealot (mostly at other lawyers). Roscoe enjoys horror movies, scary books, and commercial haunted houses, but might need to invest in a nightlight after listening to some of the stories in the Haunted show.