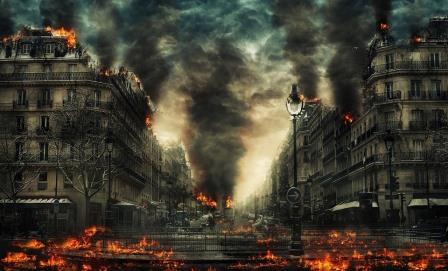 We like to think we control our fate, but, as the old saying goes, “The best-laid plans of mice and men often go awry.” Come hear stories of debacles, fiascos, and cataclysmic misfortune. Find out how our storytellers held it together–or didn’t–when their worlds fell apart.

Originally from Syracuse, New York, Linda Strader moved to Prescott, Arizona with her family in 1972. In 1976, she became one of the first women on a U.S. Forest Service fire crew in the Santa Rita Mountains south of Tucson. Summers of Fire: A Memoir of Adventure, Love and Courage is her first book, released on May 1st, 2018 by Bedazzled Ink Publishing. In September, she became a finalist in the New Mexico-Arizona Book Awards. She is currently working on a prequel. In addition to writing, Ms. Strader is a landscape architect, certified arborist, and watercolor artist. She resides in the same area where her Forest Service career began.

Jana Segal-Stormont was blessed to be a stay-at-home mom while pursuing her first love of screenwriting. The natural transition was writing reviews of meaningful films which lead to seeing a lot of documentaries. This was the beginning of her education on environmental issues and sustainable practices – like zero waste living, water harvesting, dry-land gardening, and desert foraging. As her boys grew like weeds, so did her passion for edible weeds! You can read about her adventures (and misadventures) in transitioning to a more sustainable lifestyle at sustainablelivingtucson.org, As she got more involved in the sustainability community, she saw the necessity for advocating for clean energy, conservation, and sound water policies so she formed Sustainable Tucson’s Environmental Advocacy team. Jana shares daily Calls to Action on: https://desktopactivisttucson.blogspot.com/

Mary Jo Pollack, an artist, retired from her day job ten years ago. She now focuses on two and three-dimensional art, fiber work, writing, and storytelling. She also enjoys the expanded time for travel, reading, and her social circle. Mary Jo survived many of life’s small, medium, and super-sized disasters.

Ellen Morell was born and spent most of her life in or close to Indianapolis IN. Her first career was as a Dental Hygienist but after the birth of her third child she decided to retire and become a stay at home mom. She next became a financial planner which morphed into being a Planned Giving Consultant. That was fun. Then God tapped her on the shoulder and said “I want you to go to prison.” Not being one to ignore God she got her MDiv degree, became ordained as an Episcopal priest, and did prison chaplaincy. Ellen loves storytelling and usually focuses on Biblical Storytelling. She has more adventures and many more stories to tell.

Brad Poole has been a southern Arizona journalist since 1998. His work for Reuters, People Magazine, the Tucson Citizen (which used to be a thing), and others has been in most Tucson publications, virtually every major newspaper from Chicago to L.A and Seattle, Yahoo News, and South African Soccer Today (they oddly picked up a Gabby Giffords shooting story). He was the Tucson Weekly cannabis columnist from 2011-14. He has covered several disasters, big and small, including the Jan. 8, 2011 mass shooting in Tucson, the Yarnell Fire in Prescott, missing murdered kids, and war funerals. He is sometimes convinced his heeler/shepherd mix, Steve, is smarter than him.

Born in Mexico in 1973, Karla Campillo-Soto came to the U.S. in her early twenties as a teacher. Karla’s love for storytelling started when she had the opportunity to listen to a nationally recognized storyteller who came to her school …and it was love at first sound. Karla currently resides in Douglas with her husband and her three children. She is a big fan of Tucson Tellers of Tells and has had the opportunity to tell her stories at the National Library of Congress.

CURATORS
Molly McCloy is a four-time Moth StorySLAM winner whose work was recently profiled in O Magazine. She holds an M.F.A. in Nonfiction from The New School, and she has facilitated storytelling workshops for Pima Community College, Quest Storytelling, the University of Arizona’s The Agnese Nelms Haury Program in Environmental and Social Justice, and Auto Entry’s Webinar Series for CPA Academy. If you need a storytelling coach or if your organization would like to host a storytelling workshop, or if you’re interested in attending her Jan 24-25 Power of Storytelling Workshop with Karen Olson, MA, LPC, contact her at molly.mccloy@gmail.com.

Roscoe Mutz is a juvenile trapped in an adult body, with a dark sense of humor, appreciation for sarcasm, and (despite having no children) an affinity for dad jokes. He practices employment law and commercial litigation at the law firm Farhang & Medcoff, where he vacillates between calm, measured counselor and antagonistic, shouting legal zealot (mostly at other lawyers).