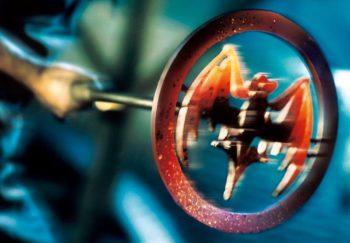 Tattooed. Scarred. Marked – physically, mentally, socially, emotionally. Labeled by others, or by yourself, as something you are, or something you’re not. Wearing a sign on your skin or bearing one on your soul. There are many ways to be branded, as our storytellers can attest.

Storytellers include:
Astrid: My life has been like a rolling stone~~ Pushed by the angels. Born, raised and almost bred in Denver, I ran away as a Zephyrette on the California Zephyr….my movie Silver Thread through the West is on your local library shelves. Too many jobs, so many moves… Every time you move, you change your perspective. So my life was like a kaleidoscope….and LSD helped….. I have a daughter, she’s at Burning Man right now. I moved to Arizona 4 years ago to be join in an eco-village with 100 other people working to create a sustainable way of life into the future.

James Perry spent much of his life as a seasonal employee working in our national parks, from the Everglades to the Olympic Peninsula. He has also lived abroad as an English teacher in Taiwan, a resident counselor at a halfway house in London, a language student in Paris, and a freelance writer in Thailand. He’s written six books, including a Yellowstone memoir titled Squatters in Paradise. He is currently working on his seventh book, titled – ironically – In a Shithole Country, which details his travels in Africa with his girlfriend.

Cerridwen Johnson is a Pagan social worker and returned peace corp volunteer who knits obsessively, has no patience with idiocy or bureaucracy, and may or may not be able to cook (accounts differ).

Rated one of Tucson’s most difficult people in 2017, Mark Anthony is hoping to snatch the crown again this year with his skepticism, cold delivery, and inability to just let things go. Did I mention he’s single? Currently completing his master’s in social work and deeply interested in why you didn’t vote in 2016 and STILL HAVEN’T REGISTERED TO VOTE. A reluctant optimist who believes in change, especially that shirt you are wearing.

Aimee Meltzer-Finkelstein is a bona fide New Yorker. Tough, funny, and impatient Aimee is an avid reader and writer. Aimee teaches English in middle school. She has five dogs and a parrot, let’s not forget the fish. Her husband is an extreme sports fanatic so she has to keep him on a short leash, but let’s not talk about her sex life.