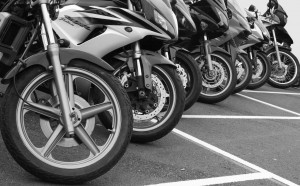 What makes your wheels turn?  Busses, cars or bikes?  Ferris wheels, wheel chairs or skates?  Whatever the use, or adventures that wheels bring, this important human invention keeps us going.   Join us as we share 6 true stories about life as we’re rollin’, rollin’, rollin’ on the river…

Our featured non-profit for this show is BICAS (Bicycle Inter-Community Art and Salvage), a non-profit bike repair and recycling collective here in Tucson. You can learn more about BICAS and how to support their work at the show. See you there!

While watching T.V. as a child, Kevin Chess realized the value of truth, justice and the American way.  Years later, working as an investigator and regularly dealing with people of varying degrees of sanity, dependency, instability and hidden agendas, Kevin began to jot down some stories from life as a systematic refuge (translate: “outlet”) in order to alleviate stress and anxieties addressed in his occupation.  Being an investigator has trained Kevin in the practice of observation of human interaction and speech, realizing that for him, a good way to observe human behavior is to blend in and not bring attention to his own self. 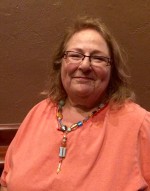 In June, 2014, Mary Jo Pollack transplanted herself to Tucson via Los Angeles, via San Francisco Bay Area, via Los Angeles, via St. Paul. After seven, maybe eight or nine careers, a return to college in her 40s to receive a Bachelor of Fine Arts in Wood Furniture from California College of Arts and Crafts, she is currently semi-retired with new and changing pursuits. Artists never completely retire. Her current passion is writing, with a focus on a memoir about her mother and the ten years spent struggling with her Alzheimer’s Disease.  And the wheels go round. 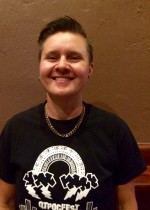 Raised just beyond the last cow patty in rural Washington state, queer Chicanx poet, Carlyn “Huckleberry” Arteaga, came to writing by accident, discovering words under the brambles of culture, family, gender, love, & yes, loss.  Despite being extremely shy about sharing, their work has managed to appear in Marooned (V.2, 2004), LUX (V.1, 2005), and they have performed as a featured poet in the itsy-bitsy coffeeshops and art spaces of various cities, including Bellingham, Honolulu, Portland, and Tucson. Carlyn is one of the co-founders of GENDERowdy Tucson, an annual gathering of trans* folks & chosen family. For the last four years they have worked at BICAS where they teach people the secrets of bicycle wizardry. Their other passions include chilaquiles, animals, sci fi, talking to travelers, and traveling to talkers. 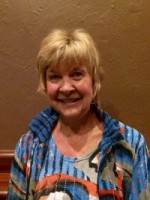 Wordsmith is the current label for Ethel Lee-Miller. Expanding her love of words and celebrating the power of words, she is a writer, Toastmaster, public speaker, and Odyssey fan.
She is the author of Seedlings—Stories of Relationships, a humorous, yet finger-on-the-pulse-of-relationships collection of short stories. Her memoir Thinking of Miller Place: A Memoir of Summer Comfort, relates an idyllic childhood with her identical twin. But you don’t have to be a twin to enjoy this contemporary memoir. Ethel is active in the Arizona writing community—as Tucson representative for the International Women’s Writing Guild, host of Writers Lunch and Writers Read, and is founder of The Eastside Writing Room, an interruption-free haven for writers. If you need a writing connection, contact Ethel at http://etheleemiller.com/. She’s always on the lookout for “seeds” for story ideas. Thanks to her twin, brother-in-law,  and husband for her “Wheels” story. Watch what you say, you may be in her next story. 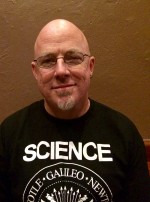 Jeff Fearnow was born on a planet orbiting an ordinary star. His planet orbits in the zone that allows for liquid water, which happens to be what the native biology requires. He’s sure that this is not a unique or particularly special coincidence. He’s lived in this particular region of the planet without much liquid water for 15 years, and loves it. He lives with his wife and two larvae. 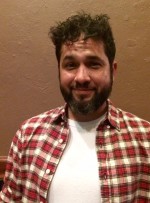 Tim Lopez is a writer and comedian from Los Angeles. His stories have been heard on NPR, CBS Radio, and The Moth Radio Hour. He is also a freelance bartender and occasional blackjack dealer. He currently lives in Tucson.

Wheels was Produced and Curated by Jen Nowicki Clark